This Long-Abandoned Sears is Now an Urban Hub This Long-Abandoned Sears is Now an Urban Hub

If you believe the headlines, Sears is a crumbling empire. In early October, the retailer announced that it’s shuttering its 130 Canadian stores, laying off 12,000 employees and leaving 16,000 retirees in limbo over their pension plans. The retail apocalypse ensued (Business Insider’s words, not ours) resulting in viral footage of a store closure in Toronto’s Fairview Mall (below). And internationally, Whirlpool ended a century-long partnership with the retailer, which, upon announcement, saw the brand’s shares plummet 8 per cent. Crumbling, indeed.

But in Memphis, the story around one abandoned Sears location isn’t about department-store decay – it’s about urban rejuvenation. There, a multi-level art deco Sears building, originally built in 1927 by Nimmons and Co., had been abandoned for nearly a quarter century. The retailer left the site in 1983, and a decade later, its mail order-processing facilities departed. 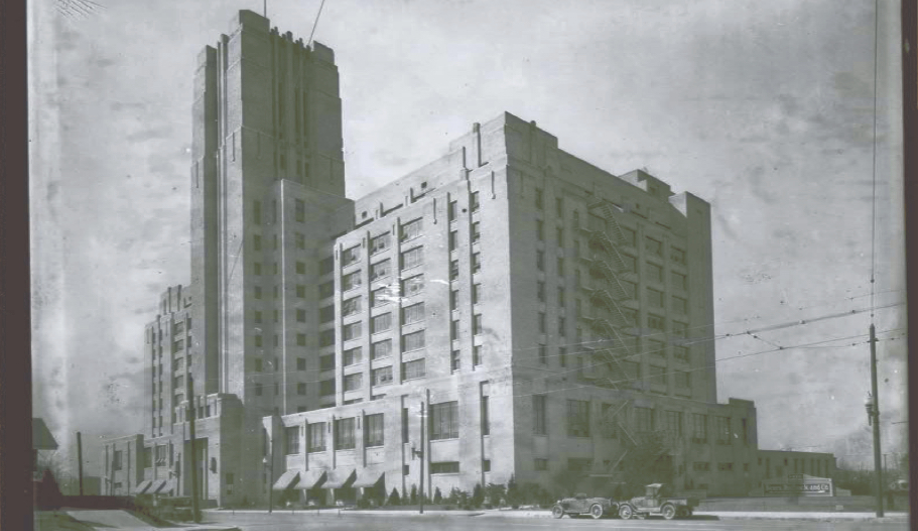 The 6.5-hectare site fell into disrepair, with some claiming it was unsalvageable – until regeneration efforts, led by North American design firm Dialog, along with Memphis-based LRK Architects, began in 2012. It has now been reborn as the Crosstown Concourse. 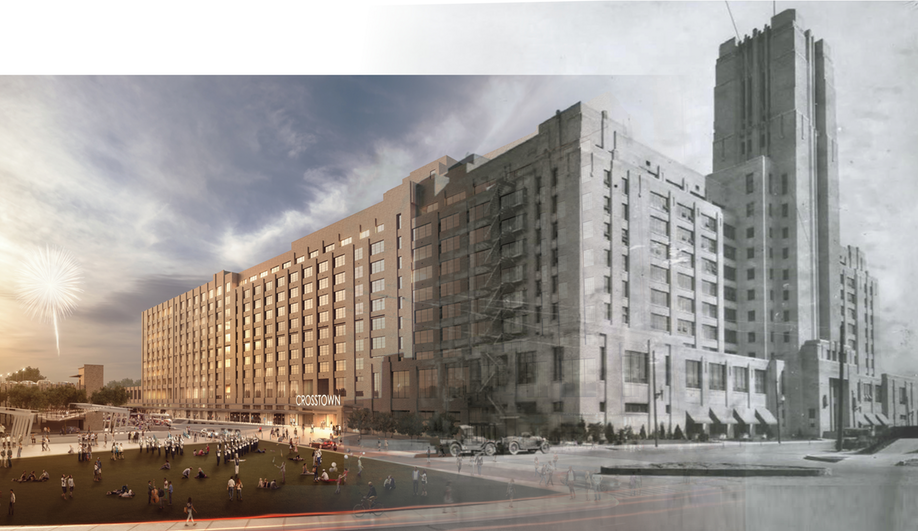 The regeneration was not simply the beautification of a historic building. “The key question for us to answer was how to carefully weave the human fabric back together in a neighbourhood that was depressed and where people were struggling in their day-to-day life,” says Alan Boniface, principal at Dialog, who was the design architect and urban planner for the project. 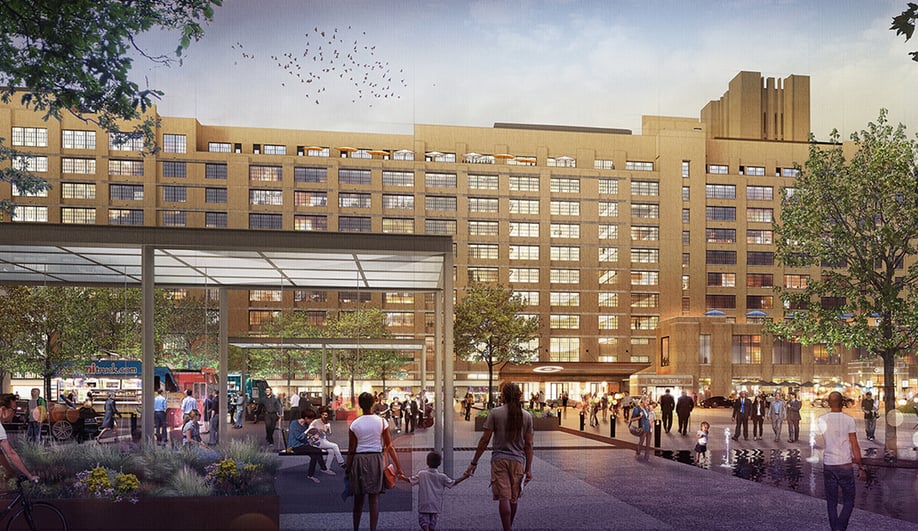 “Designing in this context is not focused on restoring a facade, selecting material and colour palettes, and other aesthetics. We were transforming 1.5-million square feet of building and 16 acres of land that had been untouched for 20 years.”

“Reviving a destitute building with a strict historic building code in place as a government-listed site, required profound thinking to create a place for the world of today and the long haul,” Boniface says. 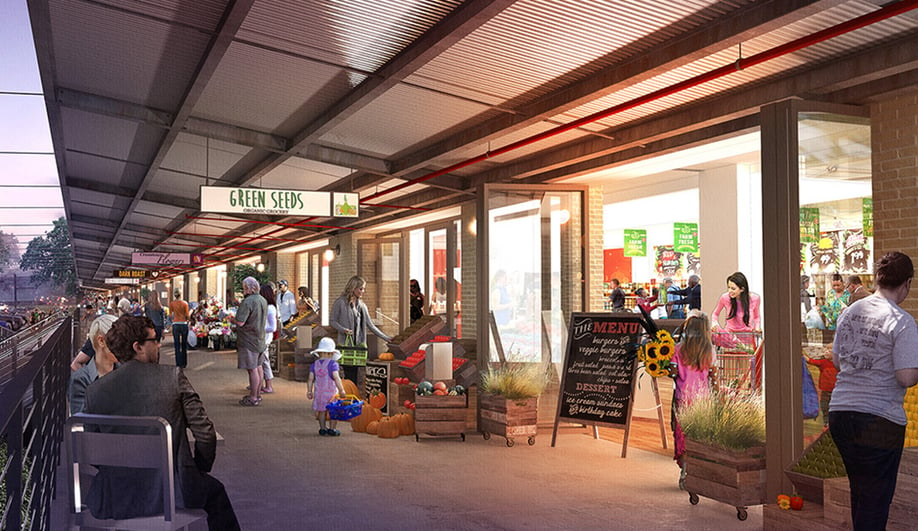 “Creating an environment where people feel welcome, safe, and inspired was in many ways an exercise in designing for humanity.”

Open since August 2017, the Crosstown Concourse is a 10-storey vertical village. On the main floor, retail and health centres line the concourse, while a 500-seat performance theatre, a daycare and light industrial space lines the perimeter. On floors seven through 10, there are 270 private residences. Commercial and office spaces occupy the remaining levels. Play areas and a community garden exist steps from the building, and a parking garage accommodates 1,150 cars. 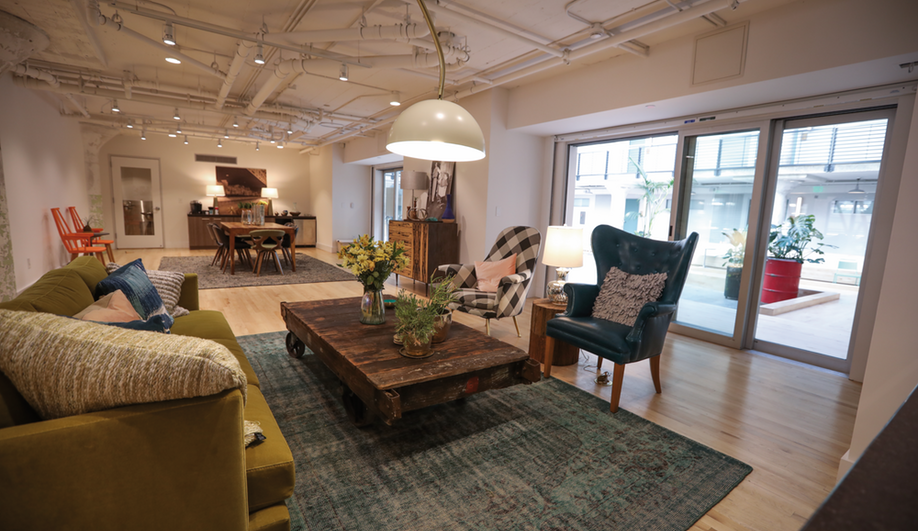 The 90-year-old building was reconstructed using the principles behind Dialog’s Urban Magnet theory, which aims to build for people and places rather than just aesthetics. Making a space feel alive means prioritizing “the presence of people doing things.” Accordingly, the Crosstown was intended to draw arts, healthcare, education and commerce to it like a magnet – and its encourages collisions, collaboration and community.

“We programmed the space and tenant list through a collaborative partnership between medical providers, arts and culture groups, social service providers, educational institutions, and potential residents,” says Boniface. “This type of thinking goes beyond mixed-use practices because it interweaves programming, creates shared space and encourages an animated sense of community. 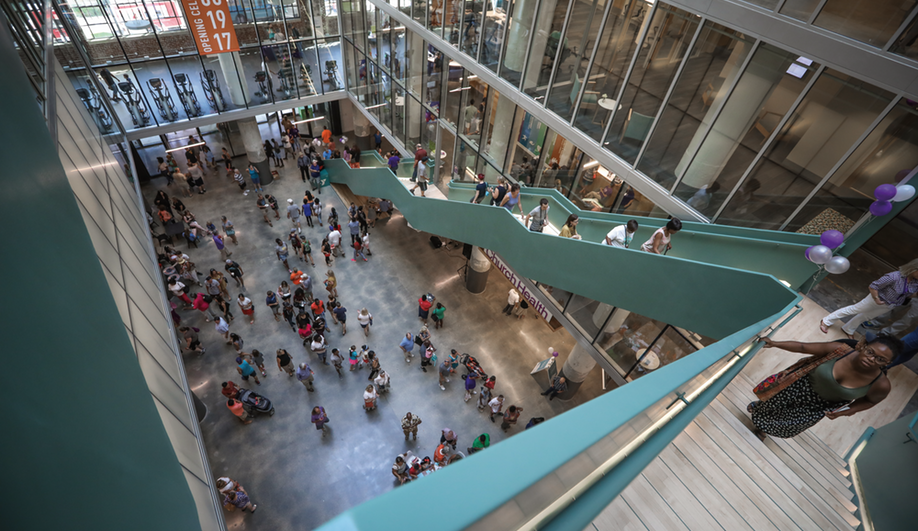 “This meant providing fertile ground for entrepreneurship and innovation while meeting the immediate needs of the neighbourhood. We identified art and health as driving magnets for Crosstown’s regeneration, and sought tenants who would support those magnets first. From there, we continued to piece together the retail, production, educational, programming, and urban form magnets that would weave the human fabric back together.”

Inside, the building is clearly made for activity, and chance encounters. Entry and exit points encourage movement and exploration; a colourful staircase was installed; and its ground level is left wide open to invite people into businesses. Public spaces around the concourse offer inviting areas with rest and play in mind. And as Boniface says, these areas can also accommodate concerts, events, festivals and food trucks. 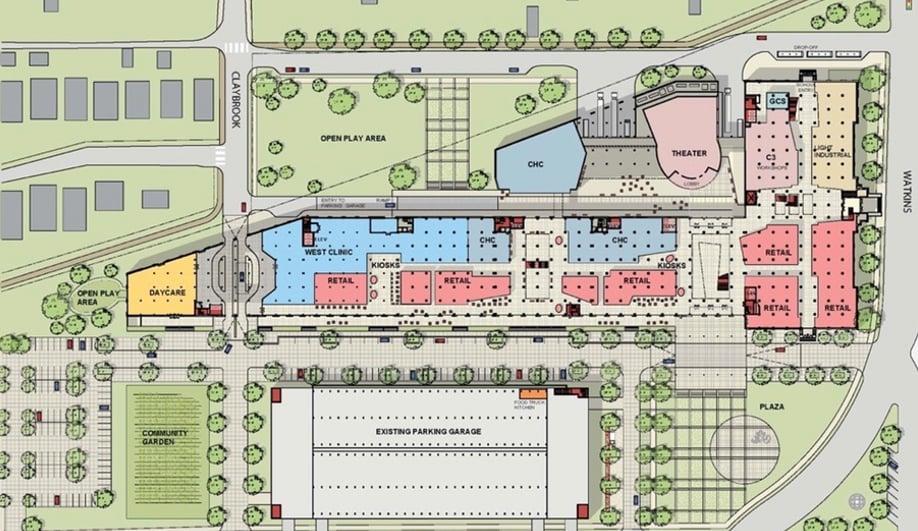 Beyond Memphis, the most intriguing thing about the Crosstown Concourse is what its rejuvenation could mean for other abandoned (or single-use) sites worldwide. Boniface says North America is full of these buildings – “from where I am standing at this moment in Los Angeles, I see 15 buildings in eye sight that are just like this one.” Vertical villages, he adds, could be applied to numerous towns with slumping neighbourhoods.

“Society works better when we are interacting with each other in our shared environments, instead of walling ourselves off and shutting our doors and windows,” says Boniface. We get the feeling that he’s right. 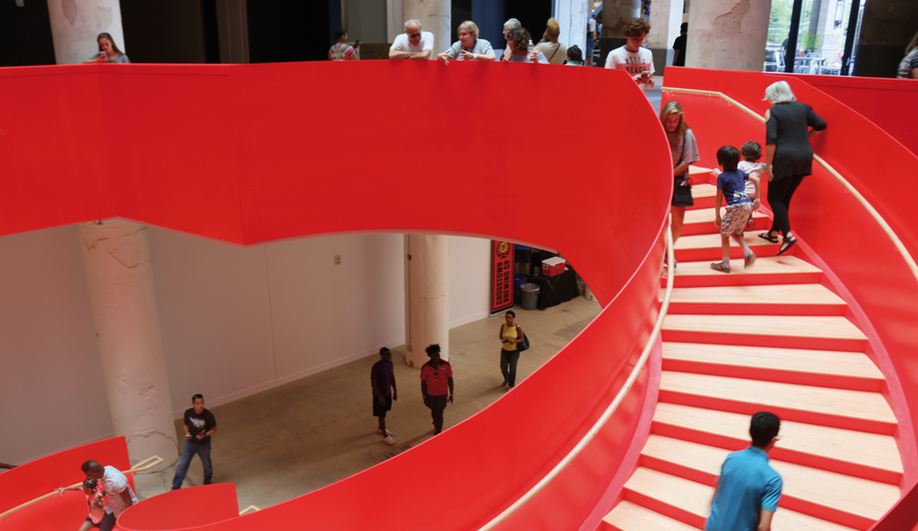