Here’s some yay! news: MemPops‘ owner Chris Taylor confirmed today that he will be opening a second store in the Crosstown Concourse.

MemPops has been throwing out hints via social media for the past couple days. 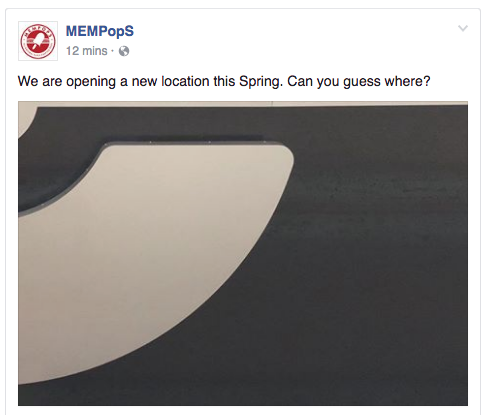 Taylor says the store will be near the loading dock by Mama Gaia. At 650 square feet, this location will be smaller than the one out east, but Crosstown will serve as a MemPops central of sorts — all popsicles for both locations will be made in the Church Health Center kitchen.

Late last year, Todd Richardson of the Crosstown Concourse told the Flyer that they were in talks to bring in an ice cream place. Taylor says MemPops is not what Richardson was referring to.

Taylor says he approached Crosstown with the idea. “I live like two blocks away,” he says. “I always thought MemPops would work [in Crosstown].”

Taylor says the Crosstown location will serve all MemPops staples, but he doesn’t count out creating Crosstown-specific pops. He’s shooting for an April opening.