On Saturday, the first commercial sign in decades will hang in the Sears Crosstown building.

Mama Gaia, a startup organic vegetarian restaurant, will hold a ribbon-cutting on Saturday at 9:30 a.m. near the west atrium of the much-anticipated renovation project, Crosstown Concourse.

“We couldn’t imagine a better place to do this,” Philipp von Holtzendorff-Fehling, who designed the restaurant with his wife, Cru Peri, says. “We heard they were restoring the building, and at some point we took a tour. Then we heard the philosophy and mission, and we felt a connection. It is such a great fit.” 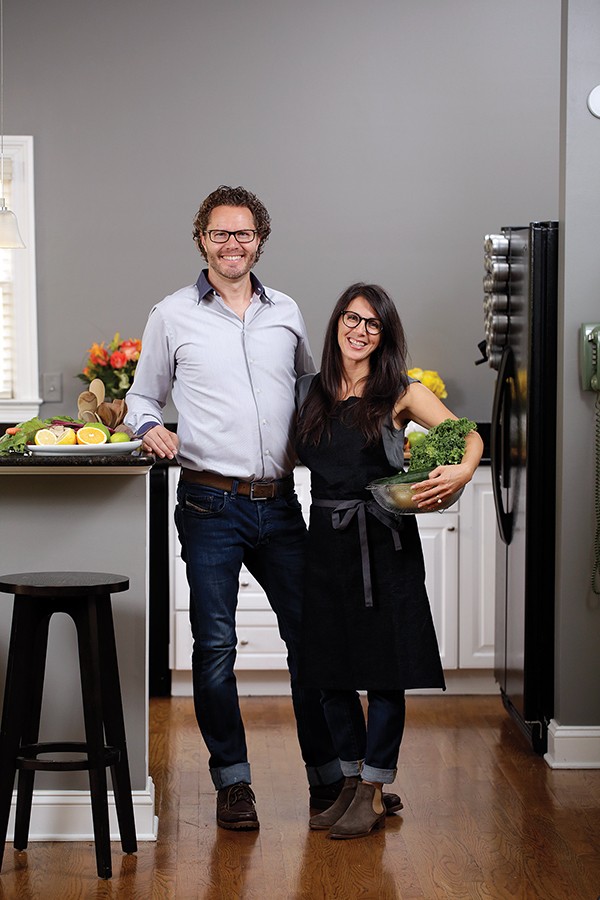 Mama Gaia, which means “Mother Earth” in Greek, will be a fast-casual restaurant that serves locally sourced vegetarian cuisine at an affordable price and in a timely manner.

“It’s deliciously prepared, delivered in a reasonable time frame, and is affordable,” Philipp says. “That’s not out there and it is hard to do, but we’ve worked through all of that for a very long time.”

They will offer five different flavors of pitas, such as antipasti, mushroom and quinoa, or Asian, some of which can also be turned into salads and some of which can be converted into quinoa bowls. They will also serve petizzas — miniature pizzas, using the same ingredients. 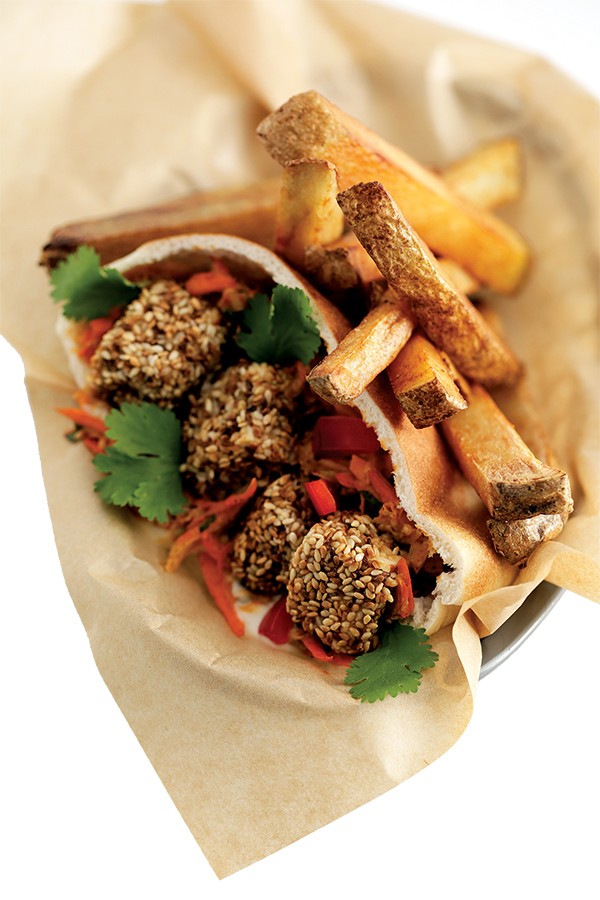 Baked potato fries — nothing is fried — soups, side salads, organic sodas, homemade green tea lemonade, cold-pressed juices, homemade chai tea, and coffee are some of the other offerings. They also plan to begin serving breakfast at the end of April.

Philipp says he and his wife got the idea after his wife turned vegan when Lyme disease had taken control of her life.

“She loved to play tennis, but after playing for five minutes, she was done,” Philipp says. “She changed her diet significantly, turned vegan, and only bought organic foods. She changed some other things, too, but diet was one of the main factors so that now she can play tennis for hours.”

They found the food landscape in Memphis didn’t offer many options for the two, so they did a lot of cooking at home.

The German couple have lived in Memphis for five years after living in Seattle and Europe. Philipp says he wouldn’t want to be anywhere else.

“We fell in love with Memphis,” he says. “We want this to be a Memphis story.”

Speaking of fresh, homemade, and locally sourced, imagine if it was ice cream.

That’s what recent entrepreneurs Steve and Karin Cubbage were thinking when they deciding to go out on their own and develop their own business.

“We were in the casino business, and they downsized and got rid of my position,” Steve, who was in marketing in Lula, Mississippi, says. “We didn’t want to move our kids, and we thought if we didn’t open our own business now, we were probably never going to.”

After tossing around some ideas, one morning Karin said, “What about ice cream?” and Area 51 Ice Cream was born.

The couple opened their first shop close to three years ago in Hernando at 117 W. Commerce and have met with great success. So much so, that they’re expanding. To Crosstown Concourse.

Using only the freshest ingredients and local when available and making everything by hand, the duo offer unique flavors such as Mexican Hot Chocolate and Snickerdoodle.

And when they say Snickerdoodle, they mean Karin is in the kitchen making Snickerdoodle cookies from scratch to add to the ice cream.

The same goes for chocolate chips — made from scratch — or brownies or chocolate sauce or carrot cake.

“Our goal was always to offer something unique and high-end,” Steve says. “We make sure we use high-quality ingredients, and we don’t freeze anything.

“We get as many comments on social media about the quality of our service as we do the ice cream,” Steve continues.

He says this business model fits seamlessly with that of the Crosstown Concourse building.

“It’s an experiential thing,” he says. “It’s a historic building full of great people making connections there. It’s a more organic experience, which fits in well with us. We are part of a community.”

Area 51 Ice Cream will be located in the middle atrium in a 600-square-foot space with some seating in the shop and additional cafe-style seating outside of the space. They plan on offering 12 flavors every day with daily updates of what they are serving posted on their Facebook page.

They hope to open in May, but plans are still being negotiated.

“This is going to be really cool, and it’s very exciting,” Steve says.