Straight to the Source

It all started when he was in college when a friend introduced him to the French press. Soon after, he stopped using cream and sugar, preferring to savor the unadulterated taste of a good roast.

“I also had a friend who started roasting coffee at home in a popcorn air popper. I went to the thrift store and bought my own popper and started doing that too,” Pates says.

These days, Pates roasts beans — about 300 pounds a week — at French Truck Coffee’s Memphis roastery in Crosstown Concourse. Pates started working at Relevant Roasters, which later merged into French Truck, several years ago when he and his wife gave up their full-time jobs to focus on music. He started as a barista and did some production work, but he was eventually promoted to head roaster.

“I didn’t go to school for coffee. I just learned by doing and being around it for a long time,” Pates says.

Pates’ coffee education was expanded a little further in mid-September when French Truck Coffee sent him and their New Orleans-based “green coffee buyer” (industry-speak for the person who purchases the raw coffee beans) on an origin trip to Peru. The South American country is one of the top 20 coffee producers in the world

“French Truck wants people who work for them to have that experience. In the coffee industry, it’s kind of a rite of passage to go to origin,” Pates says.

Pates and the buyer, along with a group of buyers and roasters from other companies, toured coffee farms and got a behind-the-scenes look at how coffee goes from cherries growing on the coffea plant to the processing, drying, and milling operations that result in the raw beans ready for import. 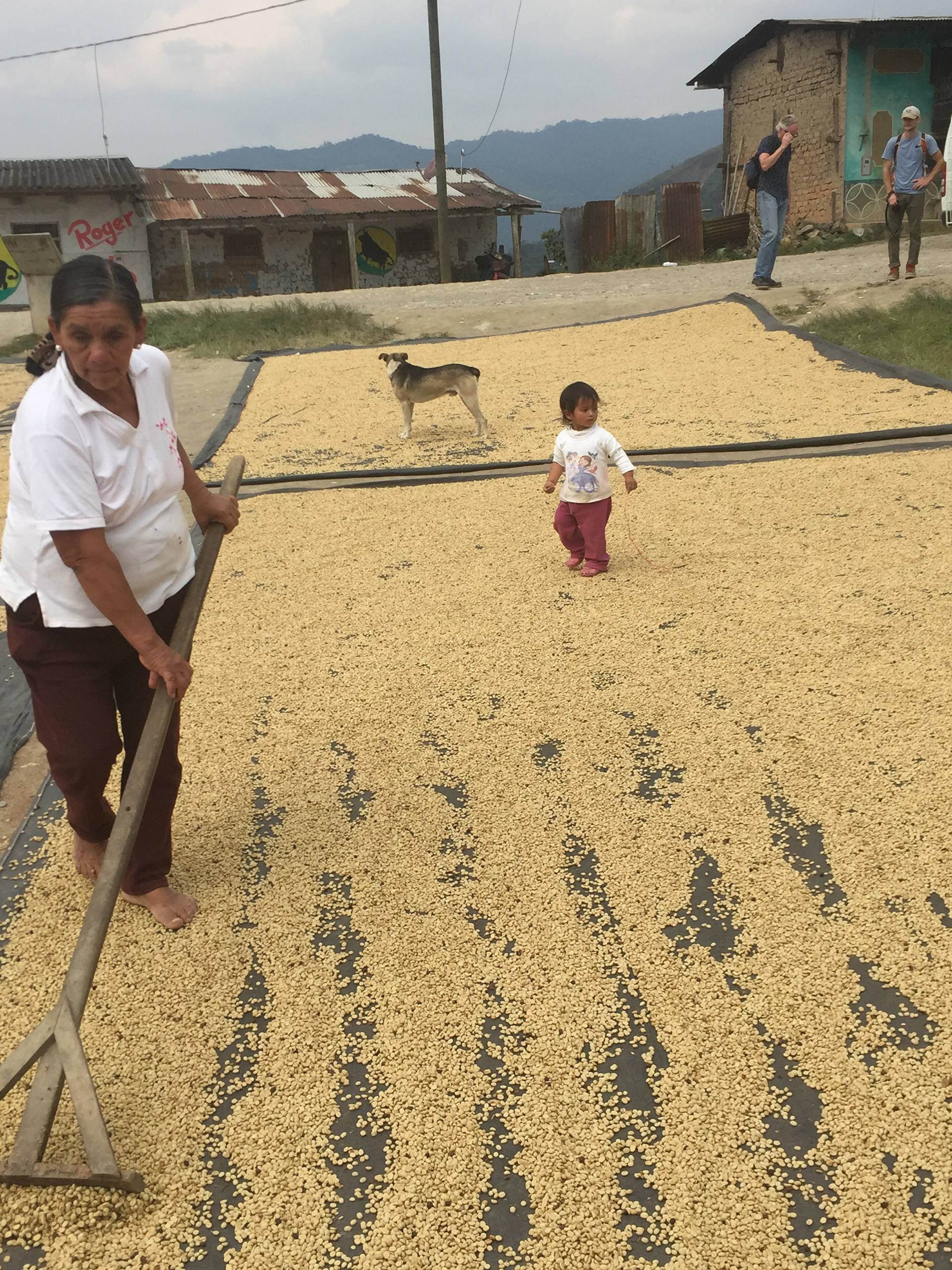 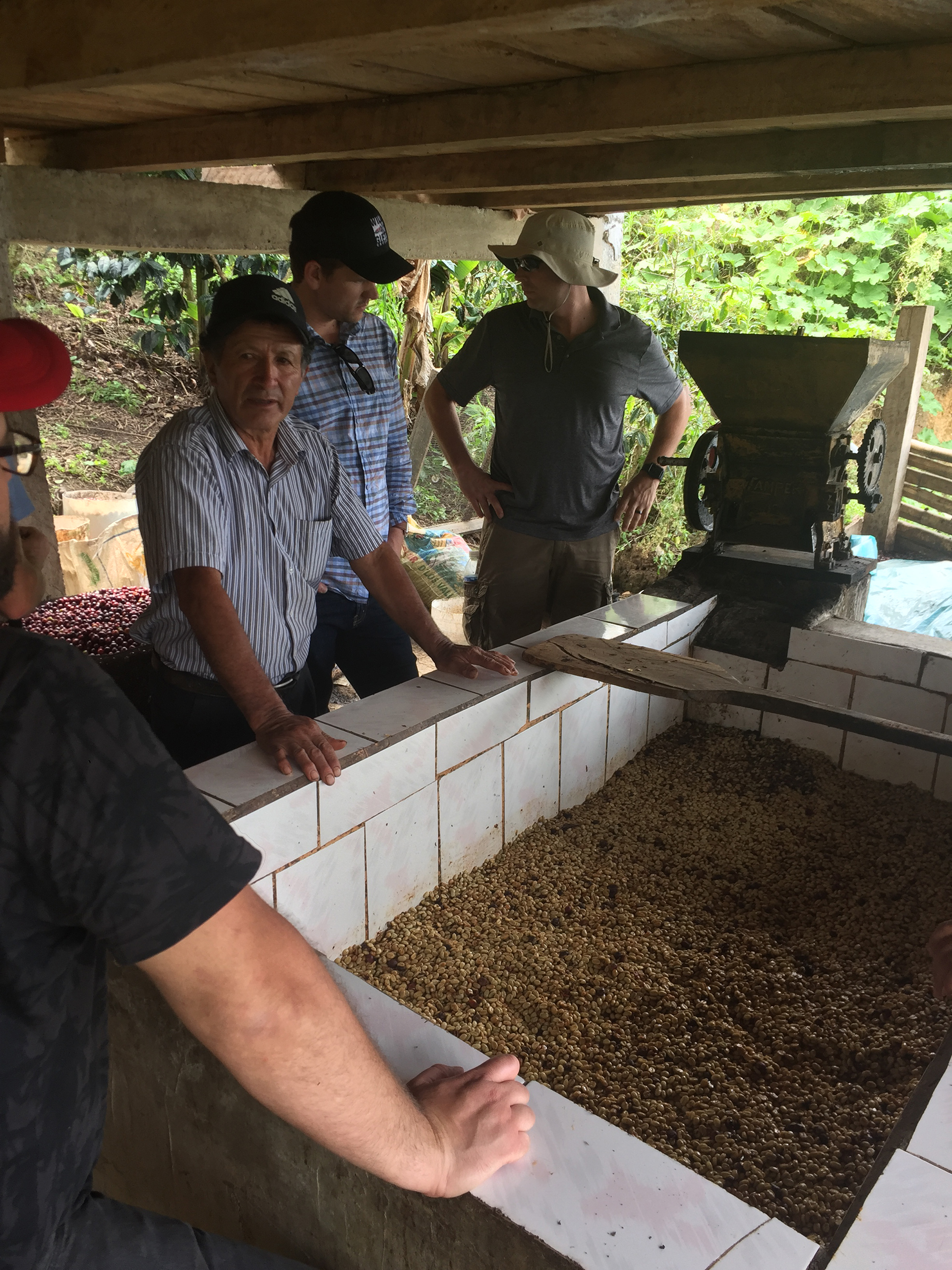 “To get to one of the farms, we had to drive in a van for two hours, and then we went up a mountain and down a dirt road. Once we got out of the van, we had to walk down the side of a mountain and back up another mountain to get to the farm,” Pates says. “The farmers take the coffee and put it in these big sacks, and then they have to carry it out on their backs. Imagine doing something like that with 150 pounds on your back.”

He says the experience gave him a deeper appreciation for the cost of coffee and the importance of importers treating farmers fairly, which he says French Truck’s importer does.

Pates and the French Truck coffee buyer sampled 35 different coffees over a couple days, all from the Cajamarca region in the northern highlands of Peru. The end goal, Pates says, was choosing a couple of coffees to be sold at French Truck (one of which will be sold under their Grand Cru label).

All of French Truck’s coffee is considered “specialty coffee,” which means it has a grade of 80 or higher on a scale regulated by the Specialty Coffee Association of America, a coffee industry trade group. Specialty coffees are grown in ideal climates and are said to have little or no defects. Some of French Truck’s coffees rate especially high and are considered “microlot coffees.”

“We took notes on our favorites in Peru and let the folks know what we were interested in. They’ll ship samples of those stateside, and we’ll roast a very small sample batch to make sure they taste the same when we’re controlling the process,” Pates says. “The whole process of buying coffee takes a few months.”

Eventually, Pates says French Truck customers will be able to buy the beans he helped choose in Peru.